The media facility that is used for learning, teaching, and production, was originally established in 2016 with a $2.5-million donation from Cinespace Film Studios – a film-and-television production hub in downtown Toronto – and Cinespace founders, the Mirkopoulos family.

Since then, students from York University’s School of the Arts, Media, Performance and Design have enjoyed and benefited from invaluable hands-on learning opportunities, practical training in new media technologies, and direct exposure to leading members of the industry they are preparing to join.

York University President and Vice-Chancellor Rhonda Lenton announced that those opportunities will expand into the future as Cinespace Film Studios (now owned by TPG Real Estate Partners) has renewed its commitment to the Motion Media Studio with a $3.12-million gift.

“Over the past two years – as change has accelerated around us and new global challenges have emerged – we have witnessed just how powerful artistic expression can be in generating new knowledge, ideas, and cultural artifacts that expand our understanding of the world, enrich the experiences of the communities we serve, and drive positive change both locally and globally,” said Lenton. “Cinespace’s generous new donation means that each student who has access to this studio will continue to have the opportunity to develop a creative voice, contribute to our collective cultural history, and affect positive change.” 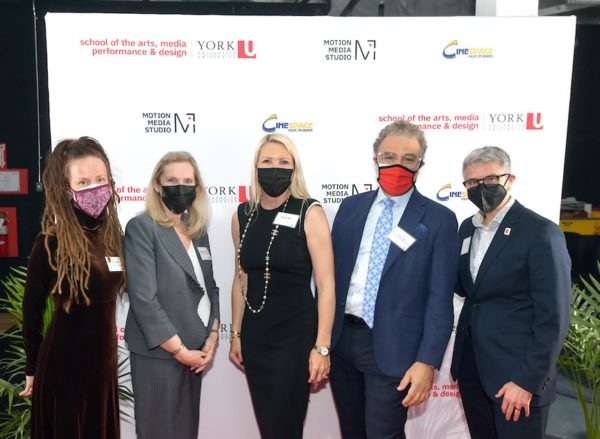 Students will also continue to benefit from access to industry leaders and a network of support in the heart of a state-of-the-art facility where such shows as Umbrella Academy and The Handmaid’s Tale are made. 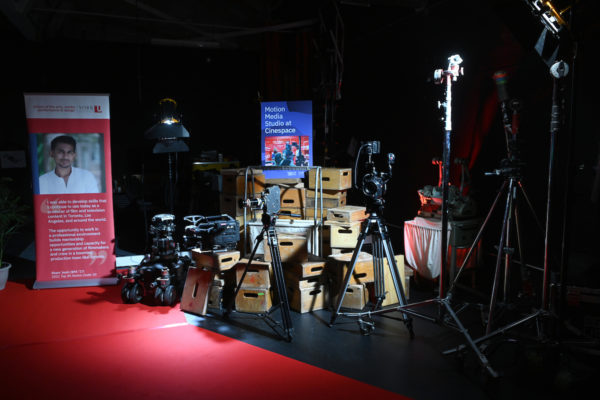 “With Cinespace’s support, we will fuel the future of storytelling by supporting student success, connecting the next generation of media talent to industry career opportunities, and sharing the diverse stories of these creators with global audiences,” said AMPD Dean Sarah Bay-Cheng.

As the new president and co-managing partner of Cinespace Film Studios, Ashley Rice is ready to focus on the future. And for Rice, the future lies with the next generation of talent in film, television, and digital media. 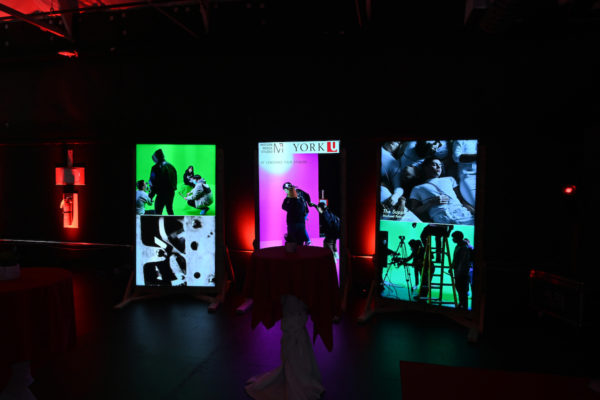 “Giving back to the community has always been a part of Cinespace’s DNA, and when my partners and I took over leadership at Cinespace, we knew we wanted to keep that core tenet alive,” said Rice. “We believe there is a space for every emerging leader in film, television and digital media, and we hope this donation will empower students to take advantage of the opportunities at the York University Motion Media Studio at Cinespace to learn and create.”

Jim Mirkopoulos, whose family was instrumental in establishing the initial commitment from Cinespace, knows the importance of providing the next generation of talent with the space to experiment and learn by doing.

“Since the pandemic, we have experienced increased demand for content, and content production,” said Mirkopoulos. “One of the key investments we can make in supporting our industry is to support its emerging talent and its new leaders.”

“This continued partnership between York University and Cinespace Film Studio will give students access to incredible technology, as well as access to some of the industry’s greatest talents. Our film and TV sector is growing and thriving and to ensure that we can keep up with the demand, we must foster and cultivate new talent across the city. Beyond that, a space like this will help bolster our local economy by infusing the film, television and digital media industry with home-grown talent – this is good for our city and good for our residents. Thank you to York University and Cinespace for partnering together to remove barriers to access and for investing in students eager to take on the industry,” said Mayor John Tory.