TORONTO, July 7, 2021 – A new study published in Brain Sciences today, shows patients with mild-to-moderate Parkinson’s disease (PD) can slow the progress of the disease by participating in dance training with music for one-and-a-quarter hours per week. Over the course of three years, this activity was found to reduce daily motor issues such as those related to balance and speech, which often lead to social isolation.

Joseph DeSouza, senior author, principal investigator and associate professor in the Department of Psychology at York University and PhD candidate Karolina Bearss, found people with Parkinson’s (PwPD) who participated in weekly dance training, had less motor impairment and showed significant improvement in areas related to speech, tremors, balance and rigidity compared to those who did not do any dance exercise. Their data showed significant improvements in experiences of daily living, which include cognitive impairment, hallucinations, depression and anxious mood such as sadness. The study showed overall that non-motor aspects of daily living, motor experiences of daily living, motor examination symptoms and motor complications did not show any impairment across time among the dance-trained PwPD group compared to PwPD who do not dance. 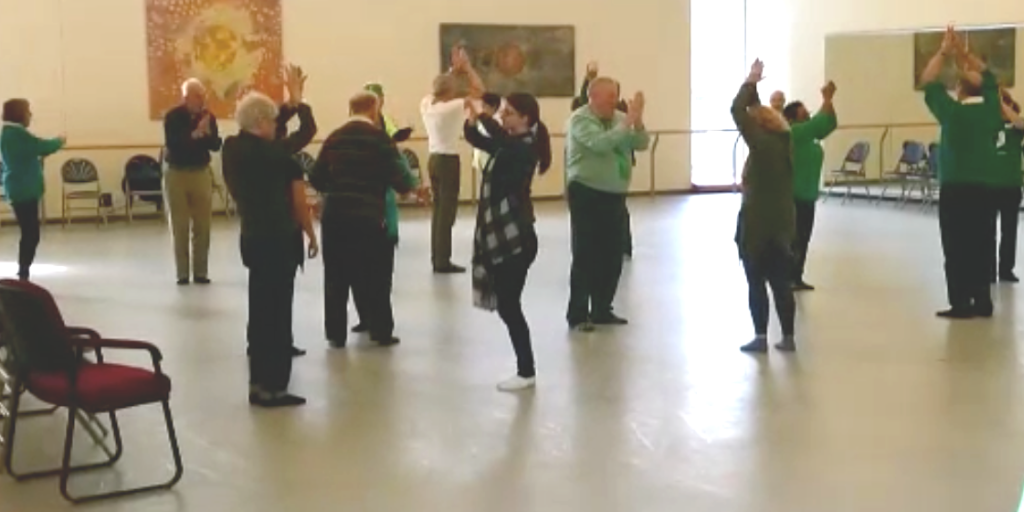 The study is the first of its kind to follow PwPD over a three-year period during weekly dance participation with music, providing additional information regarding the nature of progression of motor and non-motor PD symptoms.

“The experience of performing and being in a studio environment with dance instructors appears to provide benefits for these individuals,” said DeSouza. “Generally, what we know is that dance activates brain areas in those without PD. For those with Parkinson’s disease even when it’s mild motor impairment can impact their daily functioning — how they feel about themselves. Many of these motor symptoms lead to isolation because once they get extreme, these people don’t want to go out. These motor symptoms lead to further psychological issues, depression, social isolation and eventually the symptoms do get worse over time. Our study shows that training with dance and music can slow this down and improve their daily living and daily function.”

The goal of the research was to create a long-term neurorehabilitation strategy to combat the symptoms of PD. In the study, researchers looked at how a multi-sensory activity, (like dance with music learning) which incorporated the use and stimulation of several sensory modalities in the dance environment including vision, audition, tactile perception, proprioception, kinesthesia, social organization and expression, olfactory, vestibular and balance control — may influence many of the mood, cognitive, motor and neural challenges faced by PwPD.

Researchers followed collected data from PwPD over three-and-a-half years while they learned choreography over the first year and performed it, that is designed to be adaptable to the disease stage and current symptoms for PwPD. 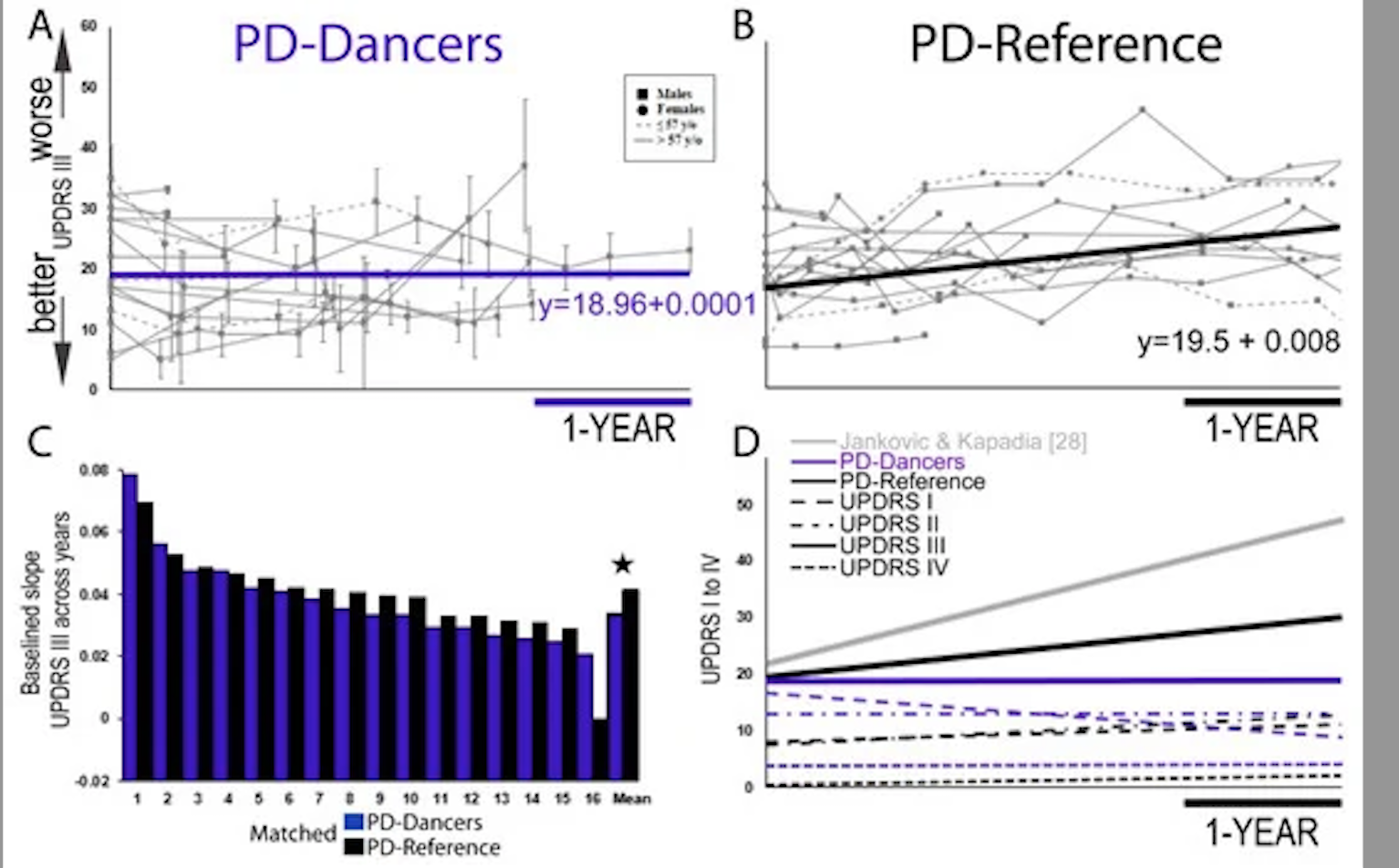 In the study, 16 participants with mild-to-moderate PD (11 males, five females) with an average age of 69, were tested between October 2014 and November 2017. They were matched for age and severity of disease. Each participant took part in a 1.25-hour dance class at Canada’s National Ballet School (NBS) and Trinity St. Paul’s church locations. Dancers participated in dance exercises which provided both aerobic and anaerobic movements. This group was then compared to 16 non-dance PwPD participants (the reference group) chosen from a larger PwPD  cohort from the Parkinson’s Progression Marker Initiative (PPMI), a longitudinal research project funded by the Michael J. Fox Foundation for Parkinson’s Research (MJFF) and related funding partners.

Classes began with live music accompaniment during the seated warm-up, followed by barre work, and ended with moving across the floor. All participants learned choreography for an upcoming performance. Researchers recorded videos, conducted paper and pen questionnaires of all participants and performed statistical analyses.

“Dance is so complex, it’s a multi-sensory type of environment,” said Bearss. “It incorporates and stimulates your auditory, tactile, visual and kinesthetic senses and adds an interactive social aspect. Regular exercise does not offer these aspects. There’s so much more to dance.”

Researchers will next examine what occurs in the brain immediately before and after a dance class to determine what neurological changes take place.

“Currently there is no precise intervention with PD and usual remedies are pharmacological interventions, but not many options are given for alternate exercises or additional interventions to push their brains,” said DeSouza. “Hopefully this data will shed light on additional therapies for this group and be used in the treatment process. There may be changes in the brain that occur with dance with music, but more research is necessary.”