TORONTO, Nov. 24, 2020 – Does sex and age affect who gets COVID-19 in Canada? York University researchers found females, particularly in their reproductive years, were less likely to contract the virus.

The researchers analyzed COVID-19 data from Statistics Canada up to July 27, 2020 to find out if estrogens played a role.

When they first looked at the data, females were most likely to get COVID-19, however, when they eliminated the high-risk groups – health-care workers, long-term care residences and some daycares – they found females between the ages of 20 and 70 had a lower incidence rate. This also held true for female health-care workers when occupation demographics were taken into consideration, as some roles are filled predominantly by women.

The researchers looked specifically at two age groups, women between 20 and 49 years old, and postmenopausal females 60 and older. They found a significant decrease in the incidence rate among females of reproductive age compared with males in the same age group. That lower incident rate continued for women in the 60s and 70s compared to men in the same age bracket but to a lesser degree. Females 80 or older, however, were more likely to get COVID-19 than men. 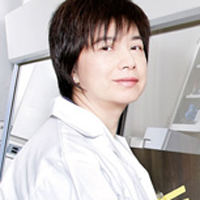 “These findings suggest that if men and women were similarly exposed to SARS-CoV-2, women younger than 80 years old would be less likely to be infected, especially for those in the reproductive age group,” says corresponding author Professor Chun Peng of the Faculty of Science. “This suggests that estrogens may play a role in reducing COVID-19 incidence for women as after puberty and before menopause they have much higher circulating estrogens than men.” Her PhD student, Jacob O’Brien, conducted data analyses and summer student, Keven Du, also contributed to the study.

Female patients also have lower hospitalization and ICU rates. These sex-based differences, however, are observed in both the reproductive age and postmenopausal groups.

They also have lower fatality rates than males, but because of the lack of fatality in patients younger than 50, it was not possible to make a comparison between the reproductive age group and the postmenopausal group.

Symptoms also varied between the sexes. Those symptoms which were more frequent in patients who recovered, than those who died, were more commonly observed in females of the reproductive age compared to their male counterparts.

Future studies are warranted to confirm the protective effects of estrogens against SARS-CoV-2 infection, says Peng.

The paper, “Incidence, clinical features, and outcomes of COVID-19 in Canada: Impact of sex and age” was published today in the Journal of Ovarian Research.