TORONTO, June 11, 2020 – Protesters are calling for an end to anti-Black racism, police violence and the defunding of police forces, but there is one area that is getting little attention, according to two York University researchers.

The role of police unions.

“Police unions in the United States and Canada have created a privileged status for their officers, a blue solidarity, which has led to a repression of any racial justice movements that challenge their authority,” says Associate Professor Steven Tufts of the Faculty of Liberal Arts & Professional Studies (LA&PS).

Has this led to stigmatization and discrimination against racialized workers and communities? Tufts and Associate Professor Mark Thomas of LA&PS believe it has. They also think it has contributed to tensions with other unions when they have spoken out about police violence against racialized communities or the handling of G20 protests in Toronto. 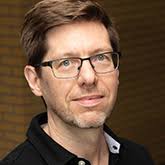 “This is more than just a conflict between various unions,” says Thomas. “It raises questions about the role of police unions in contributing to racial tensions, as well as in securing greater police enforcement powers, including discretion in the use of deadly force.”

Tufts and Thomas, who co-wrote the January 2020 article “Blue Solidarity: Police Unions, Race and Authoritarian Populism in North America,” can discuss the following: