TORONTO, March 24, 2022 – Octopuses can solve complex puzzles and show a preference for different individuals, but whether they, and other animals and invertebrates, have emotions is being hotly debated and could shake up humans’ moral decision-making, says a York University expert in animal minds.

Most countries don’t recognize invertebrates, such as octopuses, crabs, lobsters and crayfish, as sentient beings that can feel pain, but the United Kingdom is considering amendments to its animal welfare legislation that would recognize this.

“A London School of Economics (LSE) report commissioned by the U.K. government found there is strong enough evidence to conclude that decapod crustaceans and cephalopod molluscs are sentient,” says York University Professor and philosopher Kristin Andrews, the York Research Chair in Animal Minds, who is working with the LSE team. 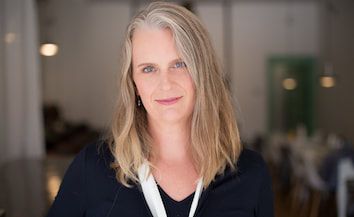 Andrews co-wrote an article published today in the journal Science, “The question of animal emotions,” with Professor Frans de Waal, director of the Living Links Center at Emory University, which discusses the ethical and policy issues around animals being considered sentient.

Andrews points out it has long been thought in Western culture that other animals don’t feel pain or have emotions. “It’s been a real struggle even to get fish and mammals recognized under welfare law as sentient. So, it’s pretty cutting-edge what seems to be happening in the U.K. with invertebrates.”

Pre-verbal human babies were considered not to feel pain up until at least the 1980s. It is still thought by many that animals, including invertebrates, don’t feel pain and only have unconscious reactions to negative stimuli. However, research on mammals, fish, octopuses, and to a lesser extent crabs, has shown they avoid pain and dangerous locations, and there are signs of empathy in some animals, such as cows – they become distressed when they see their calf in pain.

Recognizing the sentience of invertebrates opens a moral and ethical dilemma. Humans can say what they feel, but animals don’t have the same tools for describing their emotions.  “However, the research so far strongly suggests their existence,” says Andrews, is working on a research project called Animals and Moral Practice.

“When we’re going about our normal lives, we try not to do harm to other beings. So, it’s really about retraining the way we see the world. How exactly to treat other animals remains an open research question,” says Andrews. “We don’t have sufficient science right now to know exactly what the proper treatment of certain species should be. To determine that, we need greater co-operation between scientists and ethicists.”

There may be a point when humans can no longer assume that crayfish, shrimp, and other invertebrates don’t feel pain and other emotions.

“If they can no longer be considered immune to felt pain, invertebrate experiences will need to become part of our species’ moral landscape,” she says. “But pain is just one morally relevant emotion. Invertebrates such as octopuses may experience other emotions such as curiosity in exploration, affection for individuals, or excitement in anticipation of a future reward.”

It may be time to look at our world differently.