TORONTO, Oct. 13, 2021 — Researchers at York University’s Stem Cell Research Group in the Faculty of Health have discovered that a protein called p107, functions as a key and fundamental component of the cellular metabolism network during cell division. Researchers say the findings show it can manipulate the energy generation capacity of mitochondria and this results in a direct reduction of cell division. The p107 protein expression is found in most dividing cells and the findings now identify a potential universal cellular mechanism which could have implications for studies on cancer cell proliferation and stem cell fate decisions.

Lead author, Anthony Scimè, associate professor, Stem Cell Research Group, Molecular, Cellular and Integrative Physiology in the Faculty of Health and his team say p107, a protein in the retinoblastoma family (Rb), accomplishes this by sensing the overall energy requirements of muscle stem cells. It blocks energy production from the main source, known as the mitochondria by repressing mitochondrial-encoded gene transcription. This reduces the production of ATP or energy in the cell, by limiting electron-transport-chain-complex formation. The findings provide a conceptual advance for a universal mechanism for how cells regulate energy production to control cell division, which might include cancer cell division.

“This was really a very novel finding because no one suspected that a) this protein would be involved in regulating metabolism and b) that it would do it by actually entering into the mitochondria and downplay the ATP or energy produced," said Scimè."We found that if we sustained the levels of the protein p107 only in the mitochondria, we were able to stop the cell cycle and stop the cells from dividing. ATP output, controlled by the mitochondrial function of p107, is directly associated with the cell cycle rate.”

During the study, researchers looked at muscle stem cells and used a multitude of experimental techniques and methods involving molecular, cellular and whole-body applications. Different types of progenitor cells can be found throughout the human body and several can only differentiate into cells that belong to the same tissue or organ. In several subsequent experiments, Scimè and his team measured the amount of total energy muscle stem cells made while they were growing in the presence or absence of p107. These experiments showed that p107-deleted muscle stem cells generated more energy production than controls. PCR (polymerase chain reaction) was used to assess the gene expression patterns of the muscle stem cells. Flow Cytometry and high-powered confocal microscopy were also used to determine the presence or absence of p107 in the mitochondria and the cell cycle rate.

Scimè says keeping p107 from the mitochondria had the opposite effect and resulted in an increase in the number of muscle stem cells that would be available for new muscle. These findings suggest that during the cell cycle, p107 is monitoring how much glucose the cell has and if the cell has too much glucose it will move into the mitochondria and slow down the ATP (energy) production. 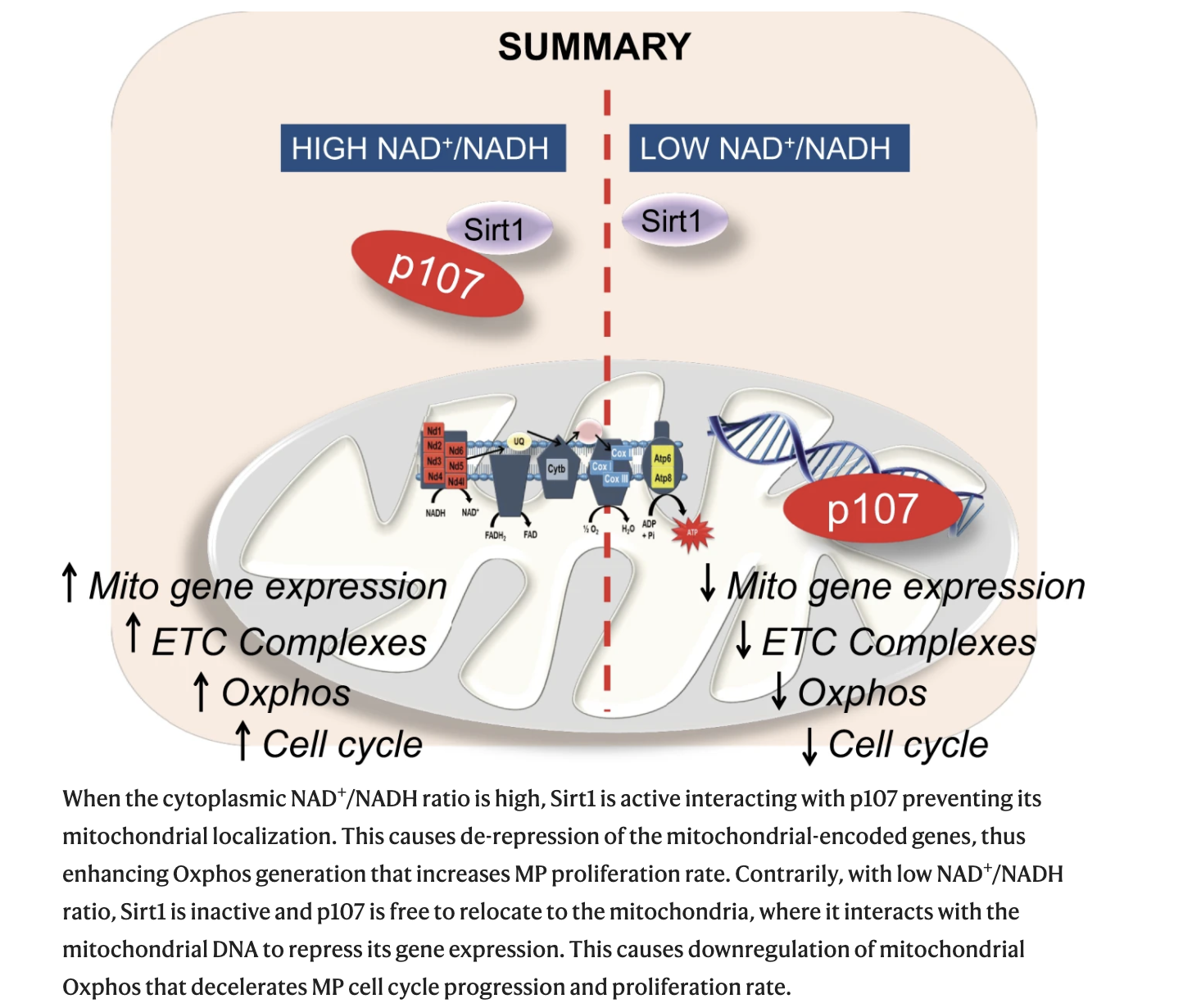 Muscle diseases such as muscular dystrophy, and complications such as muscle loss during aging, are associated with poorly functioning muscle stem cells. These stem cells are required to make fresh muscle that are lost in these disorders. Researchers say an understanding of how muscle stem cells work is critical to finding new treatments.

The study is published today in Nature Communications.

York University is a modern, multi-campus, urban university located in Toronto, Ontario. Backed by a diverse group of students, faculty, staff, alumni and partners, we bring a uniquely global perspective to help solve societal challenges, drive positive change and prepare our students for success. York’s fully bilingual Glendon Campus is home to Southern Ontario’s Centre of Excellence for French Language and Bilingual Postsecondary Education. York’s campuses in Costa Rica and India offer students exceptional transnational learning opportunities and innovative programs. Together, we can make things right for our communities, our planet, and our future.