TORONTO, June 15, 2021 – With support from the Government of Canada, two new Canada Research Chairs (CRCs) have been appointed at York University and two existing have been renewed this year. The CRCs will undertake new research into "re-righting" and "re-writing" the Indigenous history of North America and investigating Black life in Canada.

This year’s awards were announced today by the Hon. François-Philippe Champagne, Minister of Innovation, Science and Industry, and are among 156 new or renewed CRCs at 36 institutions across Canada.

Alan Corbiere and Christina Sharpe are the two newly appointed CRCs at York, while the CRC appointments of Christopher Kyriakides and Sean Tulin have been renewed as part of today’s announcement.

“We are grateful to the Government of Canada for once again investing in the groundbreaking research being done at York,” said York University President and Vice-Chancellor Rhonda Lenton. “The new CRC appointments of Alan Corbiere and Christina Sharpe will deepen our knowledge and understanding of the Indigenous and Black communities in Canada, and the renewed appointments of Christopher Kyriakides and Sean Tulin will help us answer important questions from refugee reception to the nature of dark matter. At York, we believe in the power of using research, scholarship, and dialogue to create social and economic impact, and these investments from the Government of Canada will allow us to continue to drive positive change here in Canada and around the world.”

“The CRC Program supports some of the most important and exciting research currently being undertaken at York University. I congratulate Professors Corbiere, Kyriakides, Sharpe and Tulin on this major accomplishment,” said Vice-President Research & Innovation Amir Asif. “The range of research areas represented in York’s CRCs — from Indigenous history to particle physics — speaks to the tremendous diversity at York University and provides recognition and resources to our star researchers to maintain research excellence.”

There has been an increase in history publications adopting an “Indigenous perspective” based upon colonial documents. Yet many Anishinaabe elders state that their story is still not being fully told because their oral traditions and languages are not the main source nor medium. Anishinaabe conceptualizations of time, toponymy, history, historicity, literacy, orality, mnemonics and discourse have not been fully analysed nor incorporated. Assistant Professor Alan Corbiere proposes to “re-right” and “re-write” Indigenous history by privileging oral traditions, Anishinaabemowin and material culture (museum collections) while re-interpreting colonial records, weaving these sources together to the purpose of language/cultural/ knowledge revitalization. 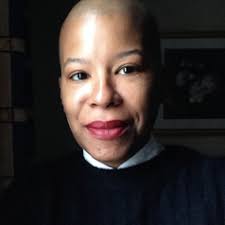 As Tier 1 Canada Research Chair in Black Studies in the Humanities, Professor Christina Sharpe will create a fulsome and vibrant research hub, rich with innovative research creation practices and projects. The program will convene the Black Still Life Research Group as a new model of study bringing together established and emerging Black Studies scholars, graduate students, and visual and performing artists whose work investigates the myriad ways Black life is made and lived. Through collaborative, theoretical and community-based research methods, the program will explore interdisciplinary ways of knowing and acting to generate scholarly and creative outcomes in Black Studies knowledges. 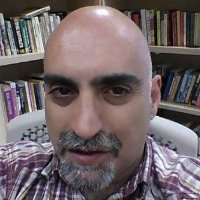 Kyriakides' 'Racialized Reception Contexts' research program focuses on configurations of racialization in relation to the meaning of “East/West,” “South/North” and articulations of racism and nationalism in the reception of refugees in Europe, North America and the Middle East. His research is guided by the understanding that racialization, particularly in light of the post-9/11 “war on terror,” works with the historical conditions of racism specific to a given national formation, but in a dynamic global context. The initial five-country analysis, including Canada, the United States, Italy, Greece and Jordan, will examine the extent to which policy instruments and media discourses related to the “global refugee crisis” negatively impact racialized communities in each reception context. 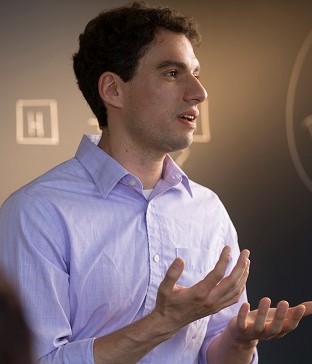 The existence of dark matter is one of the Universe’s great mysteries. All stars, planets, and interstellar gas are made from atoms, and yet atomic matter represents only 15 per cent of the total matter in the Universe. The remaining 85 per cent is dark matter. Dark matter provides the cosmic foundation for galaxies to form, but its microphysical properties remain unknown. Tulin’s research provides new directions toward discovering dark matter’s elusive particle nature. By combining astrophysics, particle theory, and cosmology, he is developing new ideas to illuminate dark matter’s particle dynamics through its effect on cosmic structure.