TORONTO, Dec. 21, 2020 – Ever want to walk over to say hello to someone but you’re not sure the person behind the mask is in fact someone you know? Researchers at York University in Toronto and Ben-Gurion University in Israel say you’re not alone. A new study, led by researchers in the Faculty of Health and VISTA (Vision Science to Applications) program at York, finds that our ability to recognize faces is severely impaired by masks, and this decreased face perception is impacting our social interactions with others.

“Face masks are an essential tool in our efforts to minimize COVID-19 transmission, and those masks are here for the foreseeable future. Therefore, it is important to understand how masks affect our most important perceptual ability, that is face perception,” says Professor Erez Freud, of the Department of Psychology at York University’s Faculty of Health. “We found not only that face masks reduce our ability to recognize faces, but also that they change the way we process faces. Face perception typically relies on holistic processing, that is the processing of the face as whole. However, for masked faces, this form of perception is not as efficient, and observers process different face features separately.”

Freud and his co-authors recruited 496 adults to complete a common face recognition task online in which they viewed unfamiliar faces and then tried to recognize them under different conditions.  The sample included 253 females and 243 males.

Using an adapted version of the Cambridge Face Memory Test − the most validated measure of face perception abilities in humans − they evaluated face processing abilities for masked and unmasked faces.  Participants in the study were randomly assigned to one of two groups.

The researchers found that masks interfere with what is considered as normal, holistic processing of faces. This decrease in performance moves a substantial number of participants into the lower performance range often found in people with a congenital deficit in face perception (known as “face blindness” or prosopagnosia). 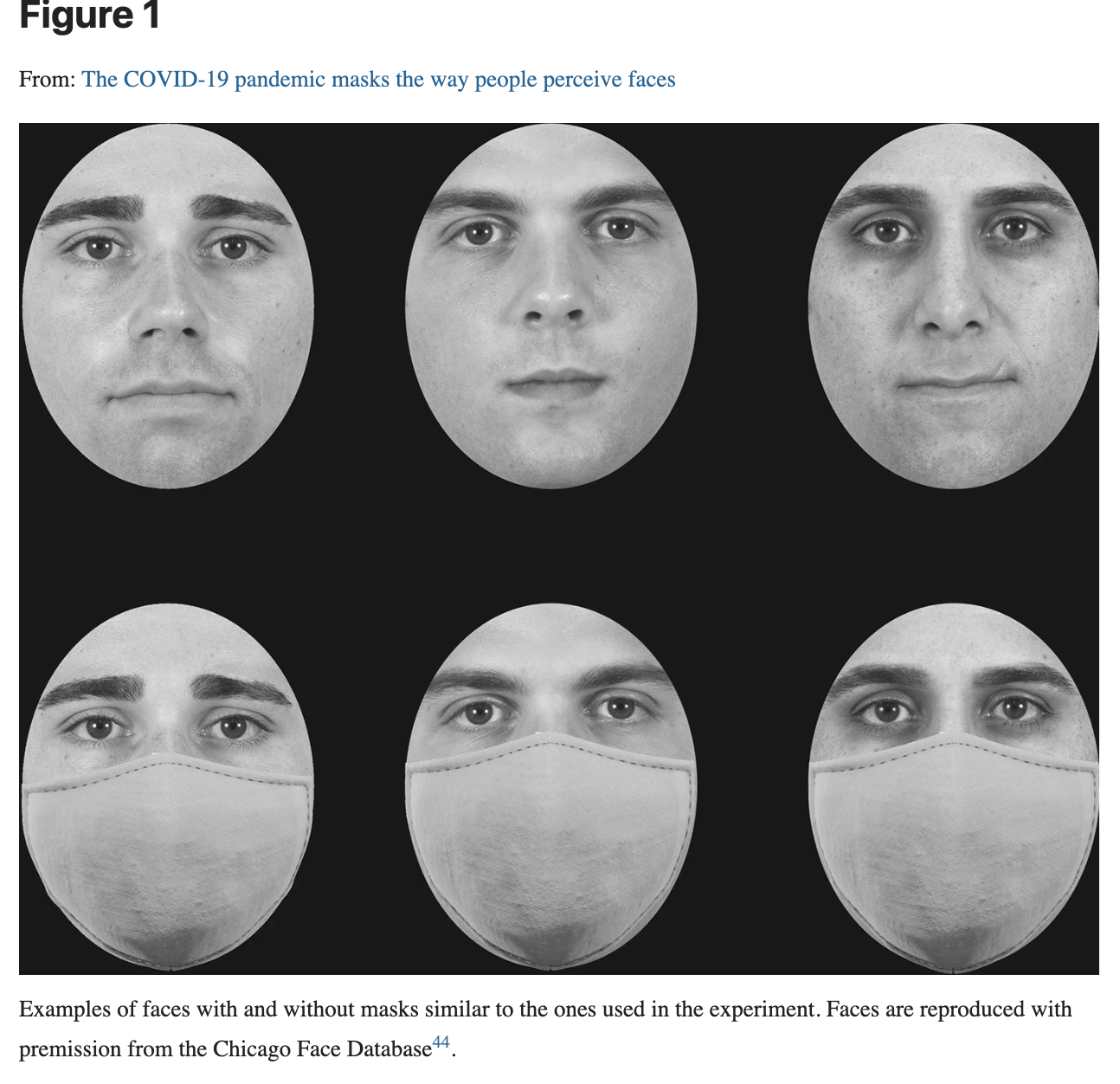 “The face inversion effect is a well-known phenomenon that shows a reduced ability to identify inverted faces compared to upright faces,” says Freud. “During our experiment, we found that this well-known inversion effect is reduced for masked faces, suggesting that those faces are processed in a more analytical manner, by specific features rather than the greater whole. This finding can explain why it is so difficult for us to perceive masked faces. If we can’t create a holistic representation of a masked face, then our face recognition ability is more likely to fail.”

These changes in performance could have significant effects on activities of daily living as well as other situations involving personal interactions, such as education. Given that mask wearing has rapidly become an important norm in countries around the globe, future research should explore the social and psychological implications of wearing masks on human behaviour, the researchers say.

The study was supported by the Vision Science to Applications (VISTA) program.

Professor and @YorkUHealth researcher @erezfreud1 explains his team's recent research on the effect of masks on face perception via @adriearsenault https://t.co/3cBQ1YdRgY