Friday October 9, 2020, TORONTO – Research published in Science Advances, led by Lassonde School of Engineering Professor Michael Daly, provides new insights into the formation of near-Earth asteroid, Bennu, and how it evolved into its present shape.

Daly, the lead instrument scientist for Canada’s contribution of the OSIRIS-REx Laser Altimeter (OLA), and a team of researchers, used data from OLA to create a 20-centimetre resolution model of Bennu’s roughly 500-metre diameter shape – the most detailed asteroid model to date. OLA and the Canadian science team are funded by the Canadian Space Agency.

Bennu is a near-Earth asteroid that formed in the asteroid belt and found its way into a closer proximity to Earth due to gravitational interactions with giant planets and forces due to heating from the Sun. 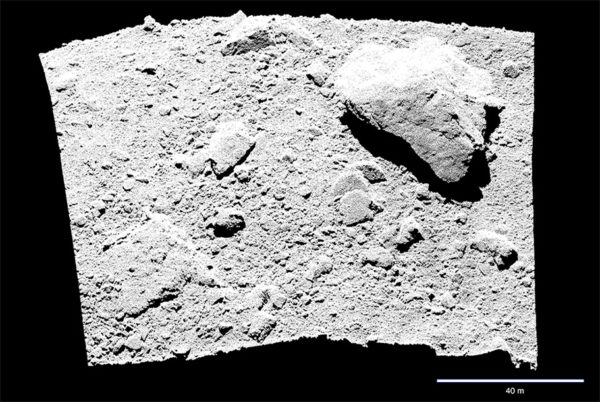 Canadian instrument on OSIRIS-REx took the most detailed 3D measurements of any celestial body ever explored
Photo credit:NASA/University of Arizona/Canadian Space Agency/York University/MDA

The analysis of this shape concludes that Bennu’s rounder southern hemisphere is caused by a hemispherical difference in the number of large boulders – a consequence of its formation – that are holding back finer surface material. The research also provides evidence of a past global, spin-related partial disruption that is still expressed in Bennu’s shape.

Professor Michael Daly is available for interviews about the findings.