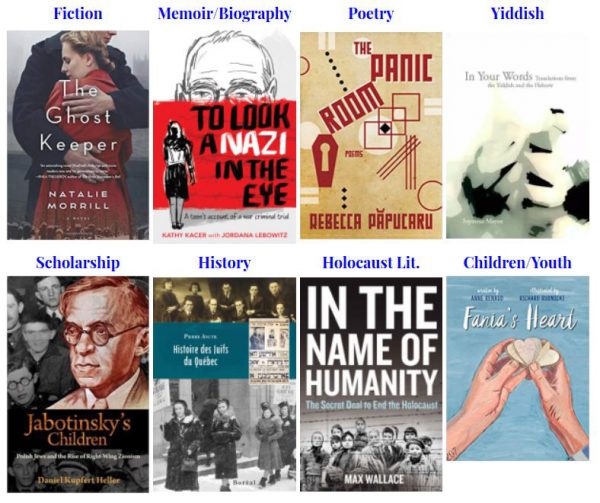 At the event, book lovers will be treated to readings by authors of the winning works in categories including fiction, memoir/biography, poetry, history, scholarship, holocaust literature, and books for children and youth.

“The Award winners this year are Jewish and non-Jewish. They come from communities right across the country, and both young writers and more established writers are represented,” said jury chair, Edward Trapunski. “The depth and breadth show the vibrancy of the culture and the appeal of Jewish themes for fiction and non-fiction writers.”

The Awards are hosted and sponsored by the Israel and Golda Koschitzky Centre for Jewish Studies at York University.