TORONTO, April 26, 2022 — Scientists have long known that a large expanse of ice at Mars’ south pole contains a mix of frozen water and carbon dioxide. But only in recent years have they started to discover just how much ice is really there — and why.

Data obtained in the last decade by sophisticated radar systems has revealed the enormity of Mars’ south-pole ice deposits that would cover the globe with tens of metres of water, if melted. On top of the water ice, a carbon dioxide ice formation was found. The CO2 deposits have a total volume exceeding 16,000 cubic kilometres, and more than a kilometre thick in some places. Until now, the emplacement of that CO2 ice has been unknown.

How to account for the presence of such a massive chunk of frozen carbon dioxide on Mars? The history of the planet’s atmosphere is a major factor. Much of the ice is thought to have been deposited at the pole beginning hundreds of thousands of years ago – when the vertical axis of Mars changed to a position that pointed more away from the sun – making conditions at the poles much colder. 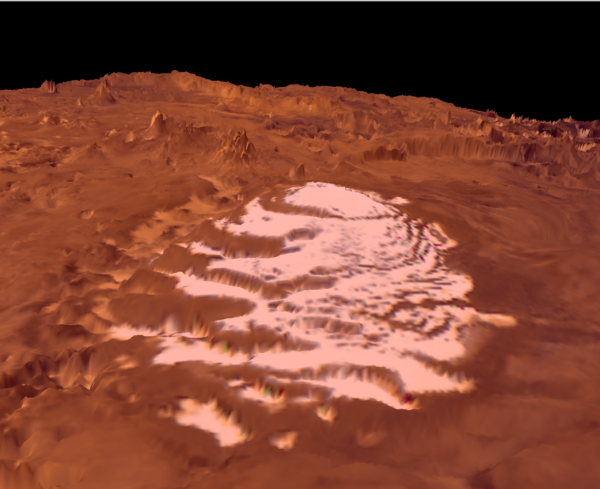 But atmospheric deposition (the steady freezing of atmospheric gases into solids on the surface) could never fully explain the thickness, distribution, and shape of the ice formation, says Isaac B. Smith, Assistant Professor of Earth and Space Science and Canada Research Chair in Planetary Science at the Lassonde School of Engineering at York University.

“Deposition alone would create a much thinner and more uniform thickness formation than what is observed at the pole,” he says. This created mystery with no explanation, until now.

Smith is lead author of a new paper, “Carbon Dioxide Ice Glaciers at the South Pole of Mars,” published today in Journal of Geophysical Research: Planets, which resolves that mystery. Using modelling and observational analysis, Smith and his team have demonstrated that the ice deposits were formed by glaciers which have been flowing – just as glaciers flow on Earth – into deep curvilinear basins, where the deposits have been accumulating for about 600,000 years. 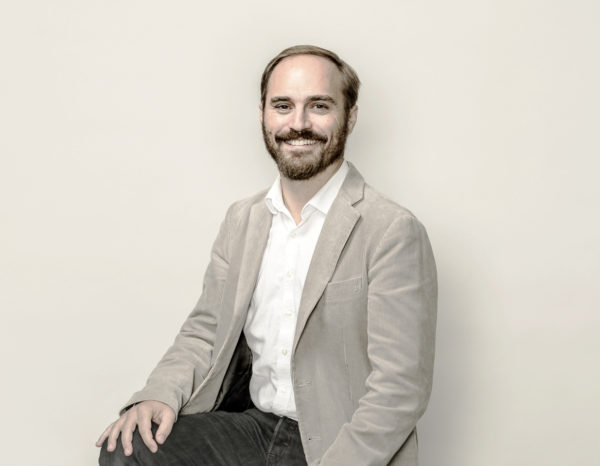 “In 2011, I was part of the team that discovered these thick deposits of CO2 ice,” Smith says. “Laboratory work in the ’70s and even into the ’90s measured the flow properties of CO2, wondering if the entire south-polar cap could be CO2. The conclusion was that the south-polar ice cap couldn’t be CO2 because the flow would be too fast — CO2 wouldn’t be able accumulate at the pole in the way that was being observed. So those studies ruled out thick CO2 at the pole, but they didn’t take into account that the ice could fall into basins carved into the top of large water-ice cap. In basins, the ice could sit there for a long time and not flow away.”

Working with a team that included colleagues from the Planetary Science Institute and the California Institute of Technology’s Jet Propulsion Laboratory, Smith and York Space Engineering undergraduate student Ignacio Isola, who happened to take a geophysics course taught by Smith in the previous academic term, began to test the glacier hypothesis in earnest in May 2019.

Isola was given the complicated task of converting the Ice Sheet and Sea-Level System Model, which was designed to measure and predict glacial flows on Earth, so that would work with Mars’ atmosphere, gravity, heat flow and topography, and with the properties of carbon dioxide – which has been found to flow 100 times faster than water ice under Martian conditions. Isola’s adaptation of the program was capable of modelling Martian glacial flow starting 600,000 years ago. 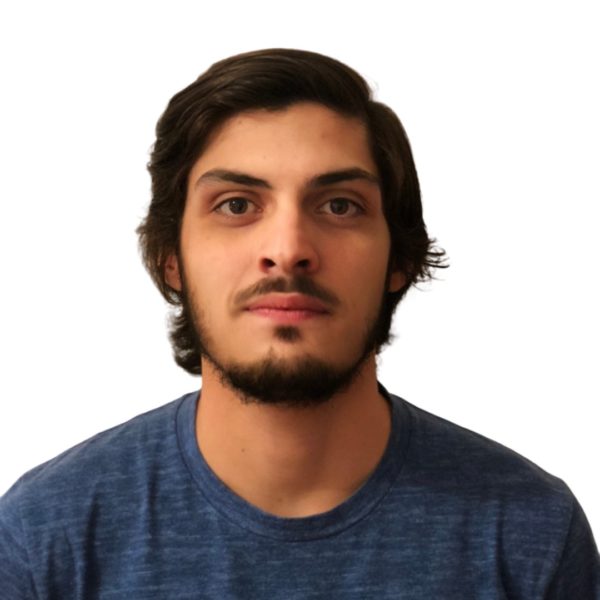 “Peter Buhler’s 2019 paper really helped us,” Isola says, “because it gave us surface mass balance, which is basically the accumulation rate of the ice at Mars’ south-polar region. I was able to put his results directly into our model, so that we could take the accumulation rate from every single year going back 600,000 years and run simulations to test all kinds of values like over how much area the ice was spread, its rate flow, etc.”

“We took our colleagues’ atmospheric deposition data as input to the model, and right away we got the right setup of variables and could reliably reproduce actual conditions,” Smith says. “Sometimes with models you have to turn knobs to get it right, but here we didn’t — we were able to build off the existing science and literature in a really orderly way.” 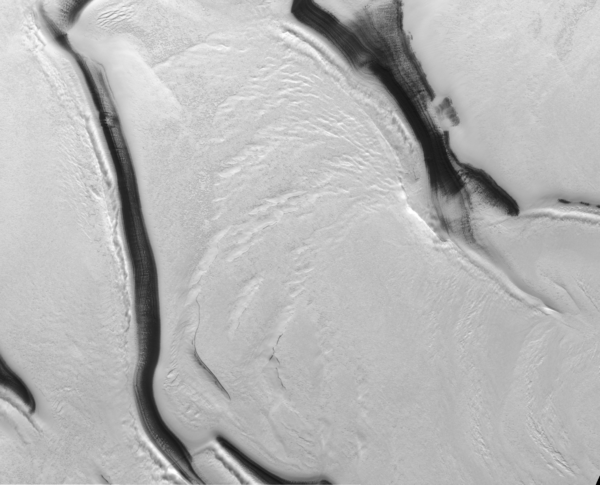 Top down view of the largest carbon dioxide glacier on the south polar cap of Mars. Dark lanes are the basin boundaries that confine the glaciers, 40 kilometres wide.

In addition to furnishing an answer to a longstanding riddle about the topography of Mars’ south pole, Smith says, “this study is also adding a new type of ice – carbon dioxide ice – to what we know exists in our solar system. This is the third type of ice in the solar system, after H2O and nitrogen ice, which were found in 2015 on Pluto. It’s the second type on Mars, and it shows that it’s moving and flowing just like glaciers on Earth. We see evidence of H2O glaciers on Mars too, but we don’t see them moving.”

This is the third type of ice in the solar system, after H2O and nitrogen ice, which were found in 2015 on Pluto. It’s the second type on Mars, and it shows that it’s moving and flowing just like glaciers on Earth.

Ignacio, who will receive his space engineering degree from Lassonde later this month and then start working at Canadensys Aerospace Corp., where he interned in 2020, says the experience working on the Mars study was invaluable.

“This experience working under Isaac was very important to me,” he says. “I was exposed to so much experience and so many talented people — from fixing the code, testing, running simulations, and pursuing hypotheses, I learned so much that I wouldn’t have learned, since I’m an engineering student not a scientist. I met the right person who gave me a chance to start my career. The experience made me more familiar with the university and the country and it showed me what I was capable of.”