With Brampton as a case study, York U researchers find pandemic has exacerbated issue

TORONTO, Jan. 26, 2022 – Usually when people think of urban sprawl it’s rows of houses spread out horizontally from a city centre, but in a new paper, York University researchers say vertical sprawl is equally an issue. Sprawl is tied to the lack of accessibility, how houses are commodified and financed, and the current housing crisis, which the pandemic has exacerbated.

“There is a growing tendency to see peripheral horizontal expansion as the problem, while the focus on building more dense vertical development continues unabated,” says Professor Roger Keil, an expert in cities, suburbs and infrastructure in the Faculty of Environmental and Urban Change.

Sprawl is big-ticket politics in Ontario where converting real estate properties into financial assets is driving the economy in the province, and particularly the GTA, argues Keil and contract faculty Murat Üçoğlu of the Faculty of Environmental and Urban Change. Their paper, Beyond Sprawl? Regulating Growth in Southern Ontario: Spotlight on Brampton, was published in journal disP – The Planning Review and assesses the effect of planning policies in Ontario over several decades.

“The politics of sprawl need to go beyond the usual anti-sprawl narrative by accepting that the centre is as problematic as the periphery,” says Üçoğlu.

The researchers use Brampton as a case study for the GTA. Its official plan prioritizes compact residential condominium and commercial development in and around the city core. 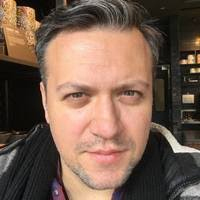 Keil and Üçoğlu explain how it went from an upscaled regional governance which operated through a framework of land-use planning, which helped protect a regional greenbelt, designated growth centres and rolled out transit investments.

“It wasn’t a perfect safeguard against sprawl,” says Keil, “but it did alter land-use practices, transportation policies, and change the politics around densities. There was still an increase in regional density as well as low-density subdivisions being built.”

But the discourse around planning, growth management and regional government has begun to change in recent years. “One of the biggest issues to tackling sprawl is understanding how it’s tied to the financialization of housing,” says Üçoğlu.

“Construction and real estate sectors are the biggest drivers of the Gross Domestic Product (GDP) of Canada and Ontario. If this were to slow down, it could create a financial crisis,” says Üçoğlu. “It is dependent on the creation of a market-oriented housing system, rather than affordable, social and public housing systems.”

This stems from the economic growth model that was first embraced in the late 1990s, which depends on growth in the real estate, financial and construction sectors. The researchers say this model relies on the financialization of housing and massive suburbanization to drive the sale of more houses and mortgages.

In their paper, Contagion in the Markets? Covid-19 and Housing in the Greater Toronto Area, published in the fall issue of the journal Built Environment, Keil and Üçoğlu argue that economic growth based on the financialization of housing has created a fiscal trap for the system. This makes it difficult to create new housing options to slow the ongoing housing crisis and makes it difficult for newcomers to access the housing market.

“This has fed into rising homelessness and made it increasingly difficult for young people and new immigrants to access the housing market, while increasing unaffordability,” says Keil.

To address the housing crisis, which the pandemic has deepened, there needs to be an understanding of the link to finance capital that is now driving sprawl and density in much of the Toronto region. Future discussions need to focus on how to de-financialize cities, say the authors.