TORONTO, October 28, 2020 − Scientists at York University’s Centre for Vision Research say technologies that use immersive displays don’t take into account how older people perceive the motion they are being shown. In fact, how we process the distance we move depends on our age according to their research, published in PLOSOne.

“Virtual Reality is being proposed for more and more things and everyone from Apple through to Facebook and Microsoft are investing more into head-mounted displays that they see as a way to provide interactive experiences for everything from entertainment to education. Our findings have implications for many kinds of technology,” says co-author Michael Jenkin, a professor in the Department of Electrical Engineering and Computer Science. “If we’re going to build technology that uses immersive displays that meet the needs of people other than 18-22 year-olds, we need to understand how they process visual data differently as they age.”

Vision is a key input that both children and adults use to monitor their self-motion and stability. Linear vection is the sensation of movement of the body in space, produced purely by visual stimulation. Being able to interpret linear vection as self-motion allows for proper motor control for foot and hand placement and to judge time to contact. However, the ability to control self-motion develops in youth and often deteriorates with advanced age.

The process of generating self-motion cues from vection is particularly important in technology that uses virtual reality immersive displays, which depend on visual cues alone.

“The process that gave rise to the iPhone, for example, was tested on young healthy people. However, older people may not have the same dexterity or eyesight. These findings provide more insight on why the technology needs to change as we age to be able to reach a larger growing demographic,” says Bury.

The researchers looked at how the smoothness of visually simulated self-motion influences a person’s ability to judge how far they have travelled, over a wide range of ages. 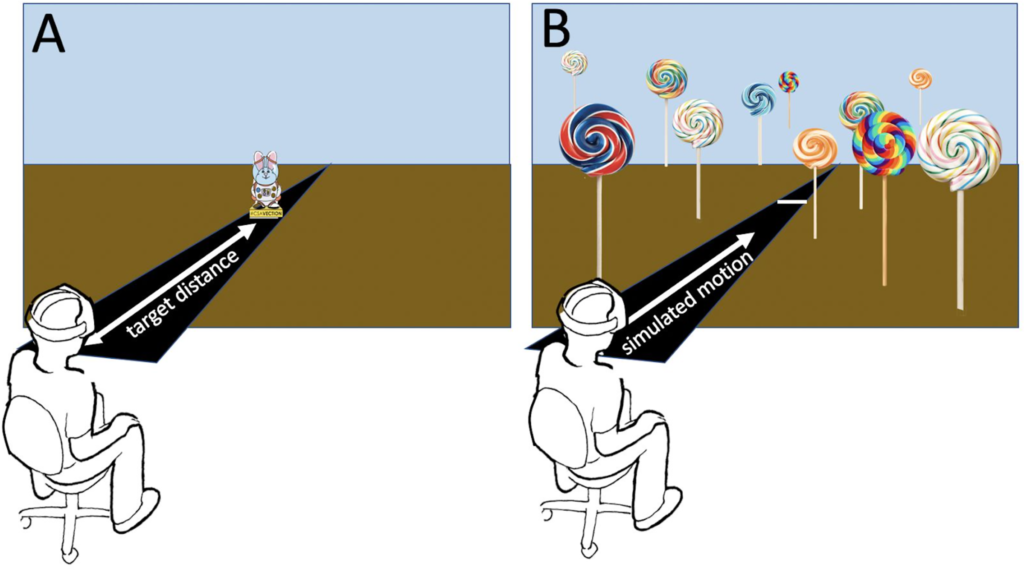 The technical question the researchers were studying in the experiment was: if you were trying to make someone think they’ve moved, such as simulating a car driving, how far do they actually think they’ve moved? It’s very easy to simulate smooth motion in virtual reality but when people actually move, they bob their heads side to side, which is called jitter, and it turns out that if you add the right kind of jitter, you can make people think they move further, says Jenkin.

Participants from age four to 95 were recruited as part of a Summer of Space program at the Ontario Science Centre in Toronto. Using a head-mounted virtual reality display, each of the 466 participants was presented with visual motion that simulated forward linear self-motion through a field of circular “lollipops” that were generated and destroyed randomly. This was done to prevent participants from tracking their position by following a single feature. 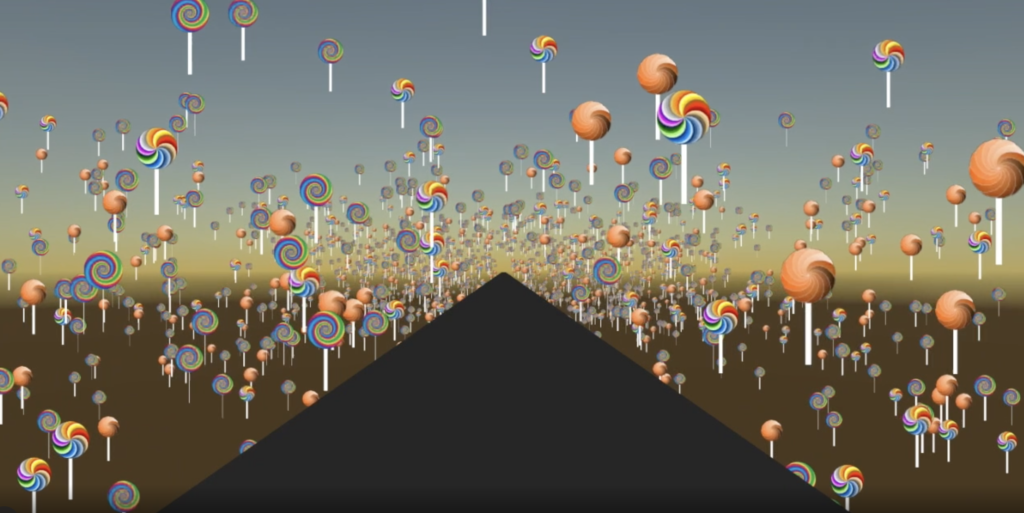 The research found that while younger participants reported moving farther than they had actually moved, older people have to be moved farther to think they have moved a particular distance. This suggests that a greater amount of visual movement should be provided when simulating self-movement in virtual reality for younger participants but that this should be toned down for older adults.

The findings have implications for virtual reality-based technology in many industries including health and education in which immersive displays are used, says Jenkin.

“If you’re designing a human visual system for any kind of technology and you know as you get older this is the case, then overestimating that distance is not a bad strategy when building these immersive displays. It does mean that if you’re building immersive displays for a 60-year-old for example, to help that person think they’ve moved, you want the motion in the display to be longer because they will take longer to react to short motion than longer motion.”

This study was partially funded by the Canadian Space Agency.