Thursday, September 24, 2020, TORONTO – Being held by a parent with skin-to-skin contact reduces how strongly a newborn baby’s brain responds to a painful medical jab, finds a new study led by researchers at York University and UCL (University College London).

The scientists report in the European Journal of Pain that there was more activity in the brains of newborn babies in reaction to the pain when a parent was holding them through clothing, than without clothing.

“This work suggests that skin-to skin contact may actually help protect the brain when babies undergo repetitive skin breaking procedures, says joint senior author, Rebecca Pillai Riddell, professor, department of psychology at the Faculty of Health, and Director, The OUCH Lab at York University. “Research has suggested that NICU skin-breaking procedures may impact the structure of the brain and if brains are less activated, they may have less detrimental impact.”

“We have found when a baby is held by their parent, with skin-on-skin contact, the higher-level brain processing in response to pain is somewhat dampened,” says joint senior author, Lorenzo Fabrizi, Senior Research Fellow Neuroscience, Physiology and Pharmacology Department at UCL. “The baby’s brain is also using a different pathway to process its response to pain. While we cannot confirm whether the baby actually feels less pain, our findings reinforce the important role of touch between parents and their newborn babies.”

The study involved 27 infants, 0-96 days old and born premature or at term age, at University College London Hospitals. The researchers were measuring their response to a painful but clinically required heel lance (blood test). Brain activity was recorded with EEG (electroencephalography) electrodes placed on the scalp. 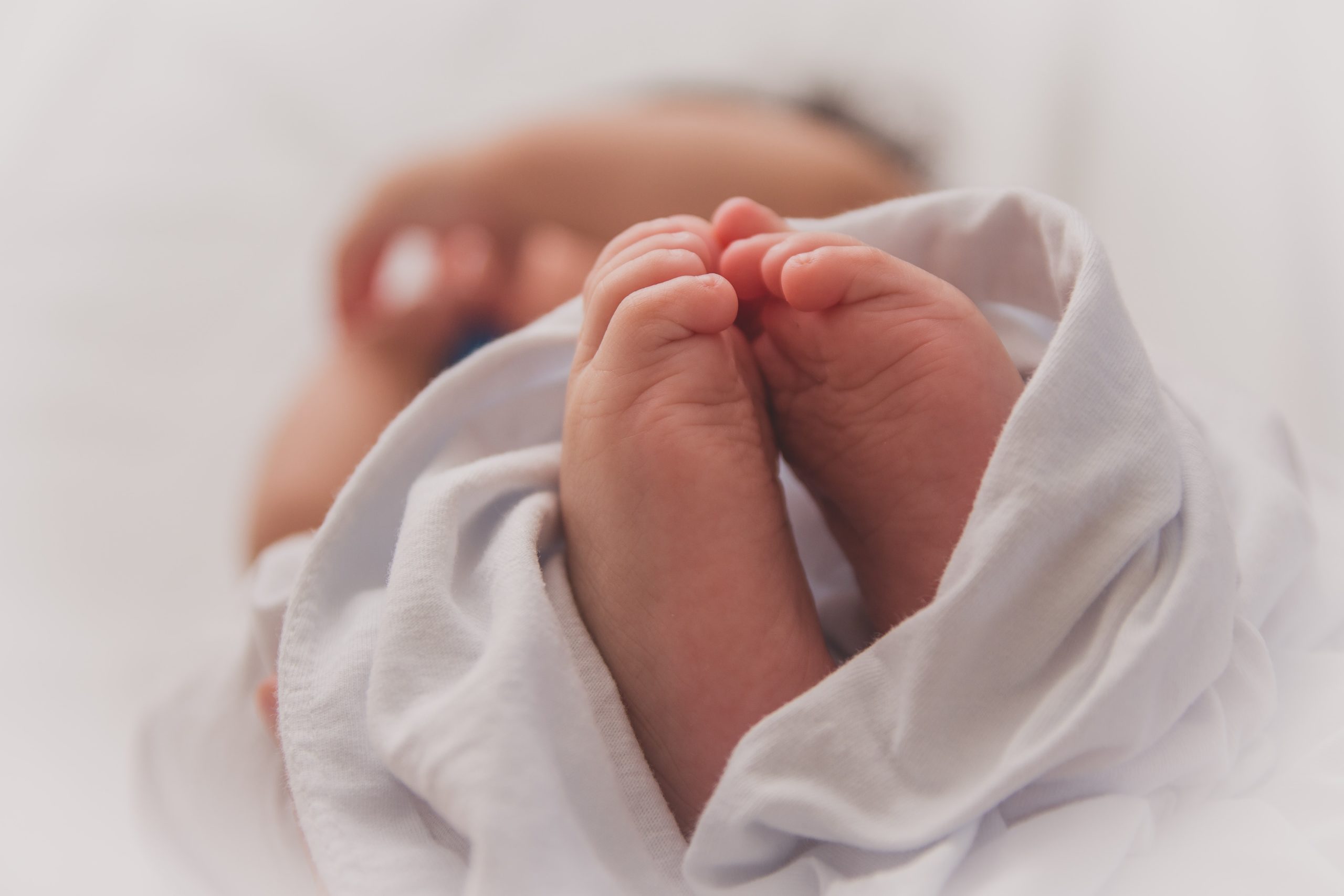 The researchers found that the initial brain response to the pain was the same, but as the heel lance elicited a series of four to five waves of brain activity, the later waves of activity were impacted by whether the baby was held skin-to-skin or with clothing.

“The slightly delayed response was dampened if there was skin contact with their mother, which suggests that parental touch impacts the brain’s higher level processing,” says Pillai Riddell.  “The pain might be the same, but how the baby’s brain processes and reacts to that pain depends on their contact with a parent. Our findings support the notion that holding a newborn baby against your skin is important to their development.”

The brains of the babies that remained in the cot or incubator also reacted less strongly to the pain than those held in clothing, but the researchers say that may be because the babies were not disrupted by being picked up before the procedure, or else due to the success of the sensitive, individualized care they were provided.

The babies’ behaviour was not significantly different between the groups, although the skin-to-skin group did exhibit slightly reduced responses in terms of facial expression and heart rate. Other studies have found that skin-to-skin contact with a parent does affect baby behaviour, and may reduce how strongly they react to pain, but those studies did not investigate the brain response.

In the current study, the babies’ brain responses were not only dampened in the skin-to-skin group, but also followed a different neural pathway.

“Newborn babies’ brains have a high degree of plasticity, particularly that born preterm, and their development is highly dependent on interactions with their parents,” says Laura Jones, first author of the study and PhD in the department of  Neuroscience, Physiology & Pharmacology at UCL. “Our findings may lend new insights into how babies learn to process threats, as they are particularly sensitive to maternal cues.”

Co-author Dr. Judith Meek, consultant neonatologist at University College London Hospitals adds,  “Parents and clinicians have known for many years how important skin to skincare is for babies in NICU. Now we have been able to demonstrate that this has a solid neurophysiological basis, which is an exciting discovery.”

Holding a newborn baby close to your skin while they have an injection may help to reduce their experience of pain, according to a joint study with @YorkUHealth's Professor Rebecca Pillai Riddell https://t.co/SXjbEbD5OR via @MailOnline

UCL is a diverse community with the freedom to challenge and think differently.

Our community of more than 41,500 students from 150 countries and over 12,500 staff pursues academic excellence, breaks boundaries and makes a positive impact on real world problems.

We are consistently ranked among the top 10 universities in the world and are one of only a handful of institutions rated as having the strongest academic reputation and the broadest research impact.

We have a progressive and integrated approach to our teaching and research – championing innovation, creativity and cross-disciplinary working. We teach our students how to think, not what to think, and see them as partners, collaborators and contributors.

For almost 200 years, we are proud to have opened higher education to students from a wide range of backgrounds and to change the way we create and share knowledge.

We were the first in England to welcome women to university education and that courageous attitude and disruptive spirit is still alive today. We are UCL.