TORONTO, July 14, 2020 – Climate change and an increase in disturbed bee habitats from expanding agriculture and development in northeastern North America over the last 30 years are likely responsible for a 94 per cent loss of plant-pollinator networks, York University researchers found. 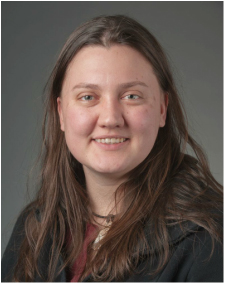 The researchers, corresponding author Professor Sandra Rehan of the Faculty of Science and grad student Minna Mathiasson of the University of New Hampshire, looked at plant-pollinator networks from 125 years ago through present day. The networks are comprised of wild bees and the native plants they historically rely on, although most of those have now been disrupted.

About 30 per cent of plant-pollinator networks were completely lost, which translates to a disappearance of either the bees, the plants or both. In another 64 per cent of the network loss, the wild bees, such as sweat or miner bees, or native plants, such as sumac and willow, are still present in the eco-system, but the bees no longer visit those plants. The association is gone.

The remaining six per cent of the plant-pollinator networks are stable or even thriving with pollinators such as small carpenter bees, which like broken stems for nest making.

“There are several reasons for the losses in the networks. Climate change is likely the biggest driver. We know that over the last 100 years or so annual temperatures have changed by two and a half degrees. This is enough to alter the time when certain native plants bloom,” says Rehan.

“For a bee that’s out for months on end or is a generalist pollinator, this isn’t such a critical mismatch, but for a bee that’s only out for two weeks of the year and only has a few floral hosts, this could be devastating.” 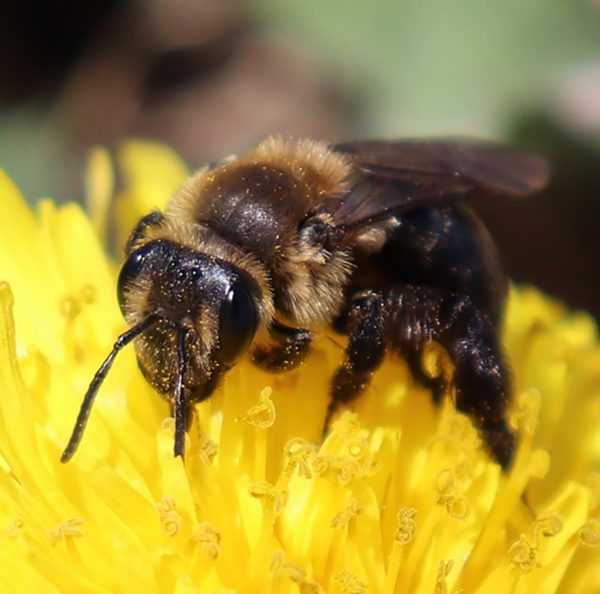 Andrena_vacinia, a miner bee, is one of the declining native bee species

A lot of these bees live in stems, so it’s easy to import plants with non-native bee species without knowing it. “We can actually show routes and means of invasion biology,” she says.

These bees are following shipping routes from one continent to the other around the world, including North America through ornamental plants for our gardens.

The researchers say an increase in habitat restoration and native flowering plants in agricultural landscapes are critical for improving wild bee biodiversity, but also food security for humans.

Bees and other pollinators are worth hundreds of billions of dollars globally by pollinating the crops we eat, and wild bees are at the top of the list believed to pollinate more than 87 per cent or 308,006 flowering plant species. Many of these are economically important commercial crops, such as apples and blueberries.

“There is an urgent need to gain a deeper understanding of the environmental circumstances affecting these wild pollinator populations and their specialised, evolutionary relationships with plant communities,” says Rehan. “Plant pollinator webs are dependent on changes in the landscape, so knowing how these networks are shaped is important for all regional habitats.”

Previous recent research by Rehan and team looked at 119 wild bee species over 125 years and found 14 declining and eight increasing species. All of the wild bee species in decline are native and over half experienced significant range (latitude and elevation) shifts.

The research, “Wild bee declines linked to plant-pollinator network changes and plant species introductions,” was published in the journal Insect Conservation and Diversity.