The Executive Committee of the Board of Governors has accepted the recommendation of the search committee that Professor Amir Asif be appointed for a five-year term beginning on May 1, 2020. York University President and Vice-chancellor Rhonda L. Lenton announced the appointment today. 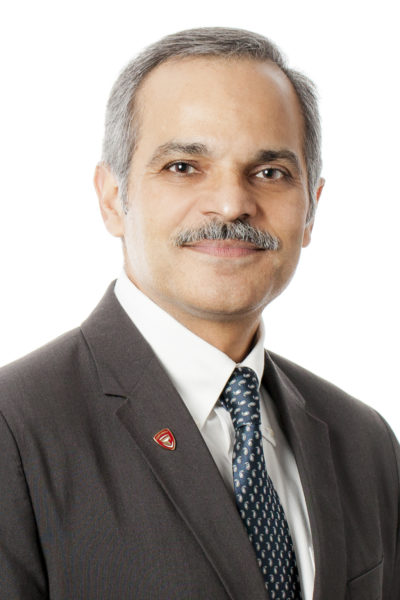 Asif has served as the Dean of the Gina Cody School of Engineering and Computer Science (GCS) at Concordia University since 2014. He is well known to members of the York community, having served as the founding Chair of the Department of Electrical Engineering and Computer Science (EECS) from 2006 to 2014. As Chair, he transformed EECS into a comprehensive department offering programs in computer engineering, software engineering, electrical engineering, computer science, digital media and computer security, which was selected as one of the two founding departments for the new Lassonde School of Engineering at York University. Currently, he is also serving as the Chair of the Research Committee of the Engineering Deans Canada, the national council of Deans of Engineering and Applied Science in Canada.

Asif has more than 15 years of experience serving in senior university leadership positions. Most recently, he led the development of the 2016-21 GCS Strategic Plan and the creation of faculty research support and capital infrastructure funds focused on attracting the best researchers and achieving excellence in research. Asif was instrumental in establishing successful research collaborations between the public and private sectors, examples of which are NSERC Canada Excellence Research Chair in Smart and Resilient Cities and Communities ($10M), Green-Surface Engineering and Advanced Manufacturing approved as a NSERC Strategic Partnership Grant ($5.5M), multiple NSERC Collaborative Research and Development Grants ($10M), four Industrial Research Chairs (over $6M) and various NSERC Create and Mitacs Accelerate Grants  ($5M). During his five-year term as Dean, the School of Engineering and Computer Science grew by 35 percent in terms of student enrolment and 40 per cent in terms of faculty complement. The research funding within the School grew by over 50 per cent during his deanship.

Asif led the development of Concordia’s Department of Chemical and Materials Engineering and 10 new interdisciplinary research centres at Concordia, including collaborations with the other Faculties and disciplines. He is also passionate about refining public policy on higher education and improving the student experience. As Vice-Chair of the University Senate and Chair of the Senate Committee on Academic Standards, Curriculum and Pedagogy at York University, he oversaw the development of University-wide policy on academic standards, regulations, curriculum and programs, including research-informed pedagogy.

Innovation and interdisciplinarity are also at the heart of his research. As a specialist in signal processing, Asif focuses on developing next-generation technologies for a variety of everyday applications including health and medical devices, radar and sonar applications, distributed multi-agent networked systems and electrical power grids. He leads by example in the pursuit of research excellence, maintaining active research and teaching profiles.

Asif is the recipient of several prestigious teaching awards and has published extensively in scientific journals and international conferences. He has been awarded grants for core engineering research and applied industrial projects undertaken in Canada and internationally, including from the Ontario Research Foundation/Research Excellence program for his work as principal investigator of the Centre for Innovation in Information Visualization and Data Driven Design (CIV/DDD), a multi-million dollar, multi-institutional research project. He continues to work with industry on applied research projects, the latest such collaboration leading to a joint patent filing with IBM.

In making the announcement, Lenton thanked Professor Rui Wang for his excellent work and leadership as Interim Vice President of Research & Innovation.