TORONTO, Wednesday, Oct. 3, 2018 – The Jay and Barbara Hennick Centre for Business and Law at York University’s Osgoode Hall Law School and the Schulich School of Business has announced that Rob Wildeboer (LLB/MBA ’85), Executive Chairman and Co-Founder of Martinrea International Inc., is the recipient of the 2017 Hennick Medal for Career Achievement.

The Hennick Medal, awarded annually to a business and law graduate who has earned widespread recognition in the business and legal communities, will be presented to Wildeboer at a reception in his honour in Toronto this evening hosted by Wildeboer Dellelce LLP. 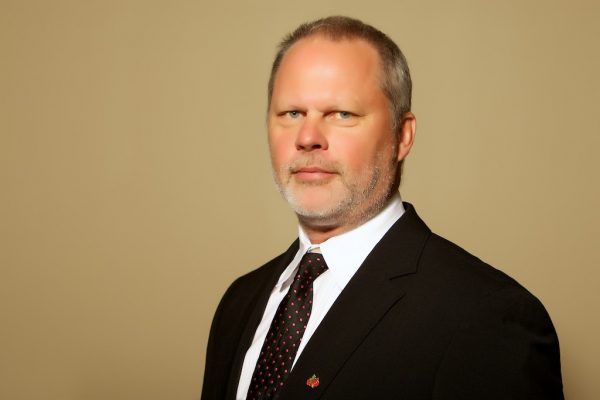 “Rob Wildeboer is an accomplished entrepreneur and legal dynamo with a global reputation for propelling businesses forward,” said Edward J. Waitzer, Jarislowsky Dimma Mooney Chair in Corporate Governance at Osgoode and Schulich, and Director of the Hennick Centre. “The Hennick Medal recognizes Rob’s outstanding contributions as a lawyer, business person and community leader, particularly his exceptional leadership ability in motivating people and moving organizations toward a vision.”

He is also a founding partner of Wildeboer Dellelce LLP, which is focused on corporate, securities, lending, tax and real estate law. He now serves as counsel to the firm.

Prior to founding Wildeboer Dellelce in 1993, he was a lawyer with Stikeman Elliott LLP, an Adjunct Professor at Osgoode Hall Law School (where he taught corporate law and corporate finance), and a regulator with the Ontario Securities Commission.

Wildeboer is a director of the Canadian Automotive Partnership Counsel; a present and past adviser to the Governments of Canada and Ontario on a variety of economic, trade, investment, industry, manufacturing and automotive mandates; past Chair of the Macdonald-Laurier Institute and Chair of Cardus, both leading Canadian think tanks; and a director or adviser of numerous charitable organizations. In 2012, he received the Queen Elizabeth II Diamond Jubilee Medal in recognition of his contributions to Canada.

In addition to his LLB from Osgoode and MBA from Schulich, he holds an undergraduate degree from the University of Guelph and an LLM from Harvard University.

Previous recipients of the Hennick Medal for Career Achievement have been Kathleen Taylor, former President and CEO of Four Seasons Hotel and Resorts and now Chair of the RBC Board of Directors, in 2010; Tye Burt, former President and CEO of Kinross Gold Corporation, in 2011; Moya Greene, CEO of Royal Mail Group, in 2012; Gregory Sorbara, former MPP, Vaughan and now Chancellor of York University, in 2013; Marianne Harris, Chair of the Board of Directors of the Investment Industry Regulatory Organization of Canada (IIROC), in 2014; the late Sergio Marchionne, CEO of Fiat Chrysler Automobiles N.V. and Chairman of Ferrari S.p.A., in 2015; and Carol Hansell, founder and Senior Partner of Hansell LLP and Hansell McLaughlin Advisory, in 2016.

About the Hennick Centre
Launched in 2009, the Jay and Barbara Hennick Centre for Business and Law – a joint initiative of Osgoode Hall Law School and the Schulich School of Business at York University – is the first Canadian centre to promote and develop joint business and law scholarship and education. Made possible by a gift from Jay and Barbara Hennick, the Hennick Centre’s flagship is the joint JD/MBA program, offered by Osgoode and Schulich. The Hennick Centre also draws together the teaching and research strengths of the Davies Fund for Business Law and other endowed chairs including the Jarislowsky Dimma Mooney Chair in Corporate Governance, cross-appointed to Osgoode and Schulich.

About York University
York University champions new ways of thinking that drive teaching and research excellence. Our students receive the education they need to create big ideas that make an impact on the world. Meaningful and sometimes unexpected careers result from cross-disciplinary programming, innovative course design and diverse experiential learning opportunities. York students and graduates push limits, achieve goals and find solutions to the world’s most pressing social challenges, empowered by a strong community that opens minds. York U is an internationally recognized research university – our 11 faculties and 25 research centres have partnerships with 200+ leading universities worldwide. Located in Toronto, York is the third largest university in Canada, with a strong community of 53,000 students, 7,000 faculty and administrative staff, and more than 300,000 alumni. York U's fully bilingual Glendon Campus is home to Southern Ontario's Centre of Excellence for French Language and Bilingual Postsecondary Education.